Winning The Battle In Your Mind

So many people’s problems are rooted in thinking patterns that actually product the problems they experience in their lives.Satan offers wrong thinking to everyone, but we do not have to accept his offer. Learn what types of thinking are acceptable to the Holy Spirit and what types are not acceptable.

Worry, doubt, confusion, depression, anger and feelings of condemnation: all these are attacks on the mind. If readers suffer from negative thoughts, they can take heart! Joyce Meyer has helped millions win these all-important battles.

In her most popular bestseller ever, the beloved author and minister shows readers how to change their lives by changing their minds. 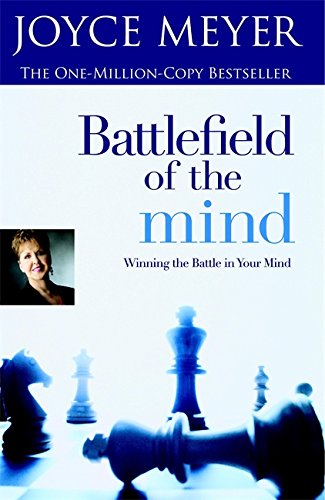 Joyce Meyer is a talented, dedicated warrior. She has undergone many of the same trials that each person has endured. When you study her insights you really start understanding what you say is how you live. When I was younger, a stay at home mom, I would say that my family was just like the soap opera All My Children. We had one crisis after another. Then I listened to Mrs. Meyer’s teaching. I quit making the negative statements and watched my family return to peace. The Battle is in our minds.. The weapons are the Words that we think then speak. One has to change how you think so that the speech you hear will lift upward, not squash you.

What does Proberbs 23:7 really mean? The King James Version says,…As he [a man] thinketh in his heart, so is he… Another translation states, “As a man thinks in his heart, so does he become.” 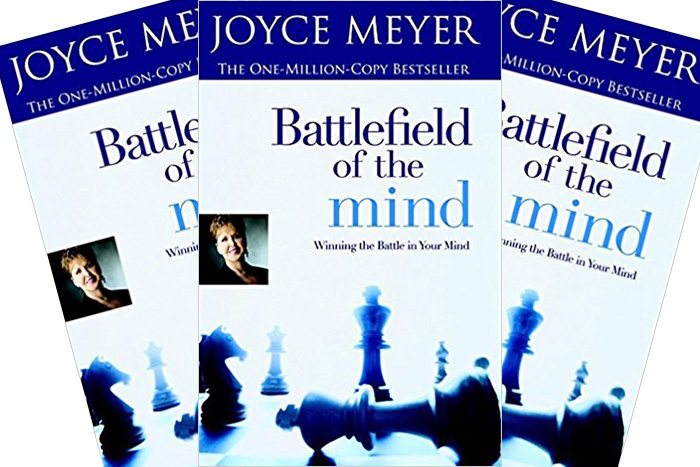 Joyce Meyer teaches how to deal with thousands of thoughts that people think every day and how to focus the mind the way God thinks. And she shares the trials, tragedies, and ultimate victories from her own marriage, family, and ministry that led her to wondrous, life-transforming truth–and reveals her thoughts and feelings every step of the way.

PrevPreviousWhen Tragedy Strikes, What Do You Do?
NextGo Get Your Blessing by Mary MaryNext